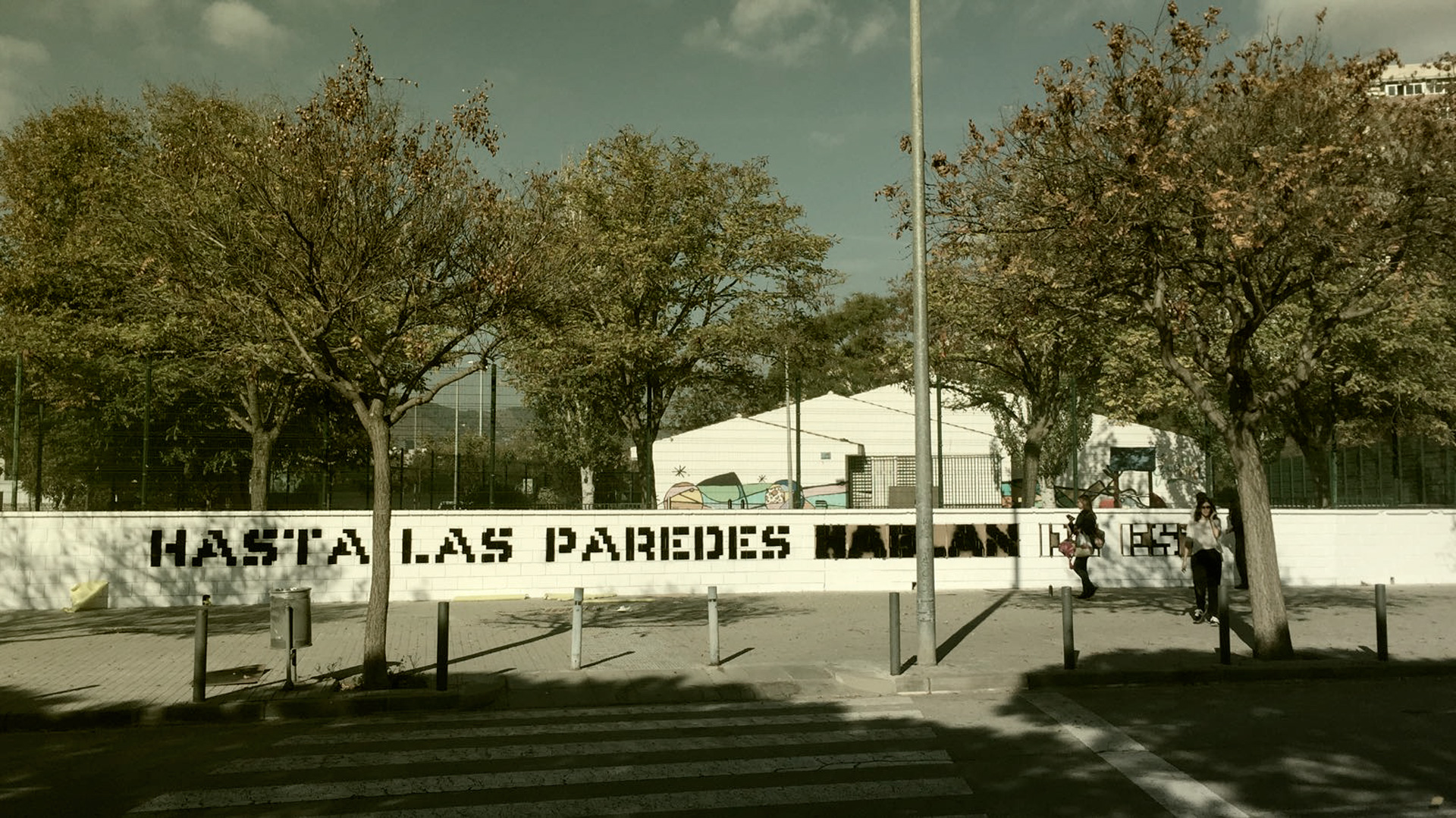 Murs Sonors (Talking Walls) – Gornal is a project born from the collaboration between the Fundació Arranz -Bravo, School Gornal Hospitalet and the Association of Women and the neighborhood of the Gornal in order to raise awareness of an existing problem in society: Gender violence.

The aim of this Bitlab project consisted in following the slogan created by the collaborating parties (“ Until the walls speak of this “), to design a sound installation that allowed the Gornal school wall to “talk” with the people that go through the street, giving visibility to the conflict and, at the same time, allowing the pupils of elementary school to participate in the artistic creation of the mural.

The messages that the wall launches are the result of recordings where school students and members of the Gypsy community of Gornal give their point of view about the gender violence that surrounds them in their day to day lives. The recordings were obtained by conducting dynamics in the classroom where different scenarios of gender violence were considered.

The artistic-technological installation of the Sonor Wall detects movement through a sensory system and reproduces the testimonies of the students. In this way, the wall speaks to pedestrians about the problem of gender violence from the point of view of the pupils of the school.

The Mur Sonor del Gornal (Gornal Talking Wall) was inaugurated on the International Day against Gender Violence 2017 and is the first of a series of soundtrack installations that will give visibility and awareness to the community of various social problems and, at the same time, allow the community itself to be a creative and active part of its solution.